CNN is reporting that the United States House of Representatives will vote Thursday to cite U.S. Attorney General Eric Holder for contempt of Congress. The vote would be the first time in history such action has been taken.

The House Oversight Committee recommended the vote against Attorney General Eric Holder last week after he refused to hand over all of the requested documents in its investigation of the Bureau of Alcohol, Tobacco and Firearms’ controversial Fast and Furious gun-running sting. END_OF_DOCUMENT_TOKEN_TO_BE_REPLACED 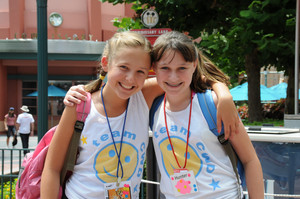 When people want to have legal rights in having or purchasing firearms, it’s better if they have their own FFL first. FFL is the short for Federal Firearms License that is given or issued for people or companies dealing with firearms transactions. People can’t just have firearms without having the legal license; let alone starting to buy and sell those guns. If they don’t want to violate any laws or state regulations, it’s important that they have their FFL. After all, applying for the FFL process isn’t difficult at all.
There’re lots of benefits people can get when they have their own Federal Firearms License. The advantages are: END_OF_DOCUMENT_TOKEN_TO_BE_REPLACED